Hello, True North movement fans… we’re here with another entry in our What the Fundamentals? series. The goal of this series is to demonstrate how by focusing on the fundamentals you’re actually building the basics to the “cool”, “fancy” or “sexy” exercises!

In today’s edition, we’ll be talking about the core. The core is a collection of muscles which stabilize, rotate, and move the spine. Its job is to create strength and stability for your entire body throughout the day. Strong core muscles will help you move better whether you’re biking, strength training, running, or gardening.

So, how do we train the core?

Bird Dog – This exercise is considered one of the top strengthening and stabilizing exercises to keep your core and back muscles in tip-top shape. Your body should form a straight line, from your neck to your tailbone, and your hips and shoulders should remain parallel to the floor at all times – no twisting or shifting and no additional arching of your back. 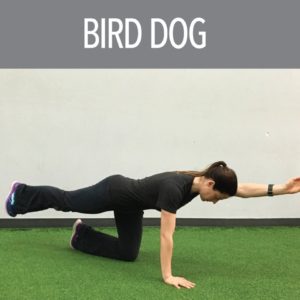 Aim for five to ten repetitions each side for two to three sets. For an added challenge, try holding each extension for 10-15 seconds.

Sprawl Plank – Use this exercise to train your core to hold your spine in the neutral position and develop endurance in the muscles. Trainer tip, make sure that your knees are under your hips, arms are under your shoulders and your body is in a straight line. 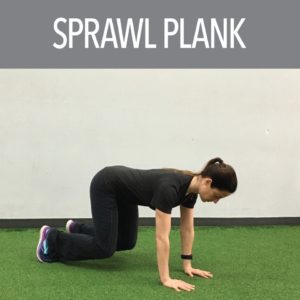 Two-Point Sprawl Plank – From the sprawl position, lift one hand and raise it to your opposite shoulder. Hold for a second or two and lower it to the floor, slowly. Remember, this is not a game of Whac-A-Mole. Use this exercise to improve coordination and fatigue resistance in your core. 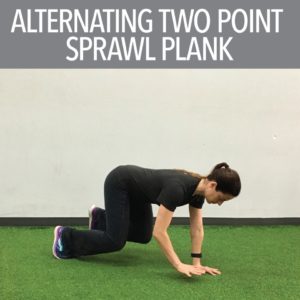 Aim for five to ten repetitions each side for two to three sets. Not ready for the two-point sprawl but have mastered the sprawl plank, try the three-point sprawl first.

Bear Crawl – Since you’re now moving, the bear crawl engages more muscles and forces your core to work harder to keep you stable. It can also improve conditioning, help strengthen locomotive skills like running, strengthen shoulders and improve full-body muscular endurance. It can be used as part of a general workout or once mastered, as part of conditioning circuits. 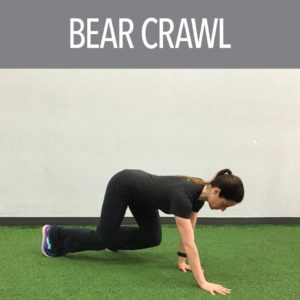 Aim for five to ten yards of the forward bear crawl variation first then try adding the backward and/or lateral bear crawl into the mix.

There you have it, a recipe for a “beary” good time. Give these a try and let us know how your core likes it.